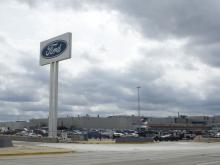 Metro Detroit automotive giant Ford Motor Co. announced it will increase its investment in 3 Michigan plants by $350Mil. A significant portion of this investment will be devoted to retooling the plants for the all new Ford Ranger and Bronco. The company is also making significant strides in implementing new technology in its vehicles. Ford and other companies are betting that self-driving and connected vehicles are the future of automotive technology, according to the Detroit News. … Ford Increases Investment in Michigan Plants to $1.2Bil 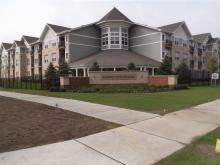 For decades Herman Gardens was one of the largest housing projects in the State of Michigan, containing over 2,100 housing units. However after dealing with a plethora of issues through 80's and early 90's, the State of Michigan and City leaders planned to demolish Herman Gardens to make way for new development. Finally after the demolition of several buildings and over a decade of planning, the first phase of "Gardenview Estates" was completed in 2009. Hundreds of multi-family rentals were constructed, with a small number devoted to low income families. Situated just east of the Southfield Fwy,… Major Funding Approved for Affordable Detroit Townhomes 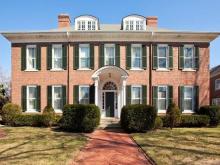 The City of Detroit has become the top destination for investors from around the world. Detroit's appeal is simple: beautiful properties at prices not found anywhere else in the country. Neighborhoods like Bagley, Grandmont, and Aviation Subdivision have become popular destinations for investors to snap up properties. However, many investors and even some native Metro Detroiters are unaware of the really upscale areas of the City where properties sell for hundreds of thousands of dollars. On the northwest side, Sherwood Forest and Palmer Woods are two examples of Detroit's pricier neighborhoods. On… 9 Bedroom Home Goes Up For Sale in Detroit&#039;s Historic Indian Village

How will Detroit's largest Skyscraper be built by 2020? 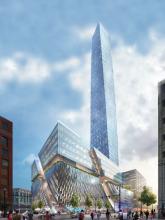 If you grew up in Detroit, you either remember the iconic Hudson's Department Store downtown, or you've heard the stories. Once one of the largest department stores in the world, it was demolished in the late 90's and the space has sat vacant for almost two decades. The massive vacancy in the heart of downtown may now be home to the tallest building in the state of Michigan, eclipsing the Renaissance Center. Dan Gilbert's Rock Ventures unveiled plans for the new project, which features a stunning 734 foot tower.

But exactly how will the massive project be built? The logistics of building… How will Detroit&#039;s largest Skyscraper be built by 2020?

Developers Plan Residential Projects on Near East Side 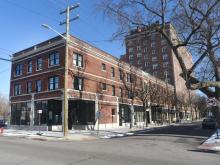 It's no secret that downtown Detroit is now home to some of the largest development projects in the Midwest. However one question has been on the mind of Detroiters for several years now: When will this development spill into the neighborhoods outside of greater downtown? One of the long neglected areas of the city is the near east side, home to neighborhoods like Islandview. The area is full of potential, located near the riverfront and just a short drive from the city's center.

The long vacant St. Charles Borromeo school, shuttered in the late 90's, is among the derelict buildings slated… Developers Plan Residential Projects on Near East Side

Foreign investors continue to invest in downtown Detroit. This time, a German development group snatched up 4 buildings near Second Avenue and York Street. The Munich based firm plans to develop a 60 unit multifamily development, as demand for housing continues to rise in the Greater Downtown area.

Comerica is a name very familiar to Michiganders, the Michigan based bank has several locations throughout the Metro area. Of course it is also the namesake of the Detroit Tigers home stadium, the beautiful Comerica Park. Now the company is doubling down in Detroit, announcing a $3M investment and a commitment to reshape its presence in the City. The Detroit Free Press reports that the bank is looking to open new offices and will be working with Henry Ford Health System to open a new cancer center.

As an excellent sign of Detroit real estate investing,  the 121-year-old building at 6568 Woodward Ave will undergo a $7.5 million redevelopment process, according to Midtown Detroit, Inc, a non-profit planning and development agency. It will be rebranded to Woodward Grant building.