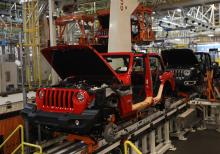 The auto industry in Detroit continues to boom, something that was hard to imagine in the wake of the auto bailout in 2009. All "Big 3" automakers have made significant investments in their home state of Michigan, with Fiat Chrysler the latest to make a major announcement. The automaker plans on investing $1Bil to modernize its Warren Truck plant. This is slated to add 2,500 new jobs according to the Detroit Free Press. In addition to creating jobs, Fiat Chrysler… Fiat Chrysler to Invest $1Bil in Metro Detroit Plant

Crews Break Ground on $1Bil Skyscraper, Set to Be Tallest in Michigan 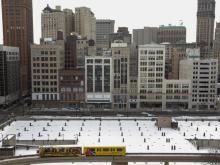 20 years after the demolition of the former JL Hudson's department store on Woodward Ave, the site is officially entering a new era. In its heyday Detroit's iconic Hudson's building was one of the largest department stores in the world. However the store closed in 1982 according to the Detroit Free Press. After several attempts to redevelop the vacant building failed, it was demolished in the late 1990's. Spanning an entire city block the Hudson's site was a glaring empty space in… Crews Break Ground on $1Bil Skyscraper, Set to Be Tallest in Michigan

Our clients, from over 20 countries worldwide, attest to our proven track record of providing real, profitable, and sustainable real estate based investment. This year's Case-Shiller Home Price Index is another confirmation that: 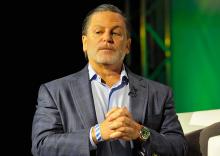 Dan Gilbert has become a very well known ambassador for the City of Detroit. After moving his company's headquarters to Detroit in 2010, Gilbert has been the most active developer in the greater downtown area. While Quicken Loans and its family of companies employ tens of thousands, Gilbert expects his new projects to generate 24,000 new temporary and permanent jobs in the city. Rock Ventures is now heading several massive developments which includes a proposed skyscraper set to be the tallest in the state of Michigan. The skyscraper will be build on the site of the former Hudson's building right in… 24,000 New Jobs Planned for Detoit 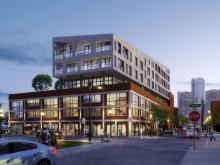 The Stone Soap Building on Detroit's eastern riverfront has been vacant for at least 20 years. Now, the City of Detroit has accepted plans by a developer to turn the blighted complex into an impressive residential building featuring apartments and condominiums. The industrial complex was first built in 1909 and was home to several companies over the decades. In the 1970's, the Stone Soap company, which manufactured detergents, moved into the building in the 1970's … Developer Plans to Turn Vacant Industrial Complex into Upscale Residential Building

Detroit is arguably the most popular housing market in America for property investors. Realtor.com, which tracks several trends in the US housing market, just named Detroit among the top 5 hottest markets in the country. The numbers don't lie: Detroit's homes are selling 20% less than the national average, meaning price point per unit is significantly lower than comparable investment markets. More importantly homes are selling quickly, 27 days faster than the national average. Investors from around the world are flocking to the Motor City to take advantage of the high net yields/capital appreciation… Detroit Named Top 5 Hottest Housing Market

Downtown Detroit Expected to See $5.4B in Investment by 2020 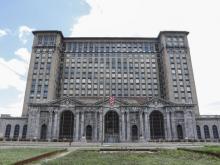 If you asked Detroiters for a list of the most iconic buildings in the city, the Michigan Central station will appear on most lists. Although the building has been vacant for nearly 30 years, it has been featured in numerous documentaries and news stories about Detroit. In a way, the building is a microcosm of the city itself. Once a grandiose, extravagant building, the train depot has fallen into disrepair and stripped by looters and vandals. Over the years we have heard of many plans to renovate the building but none of them have come to fruition. Now, things are starting to change and a massive… Massive Renovation Planned for Iconic Detroit Building?